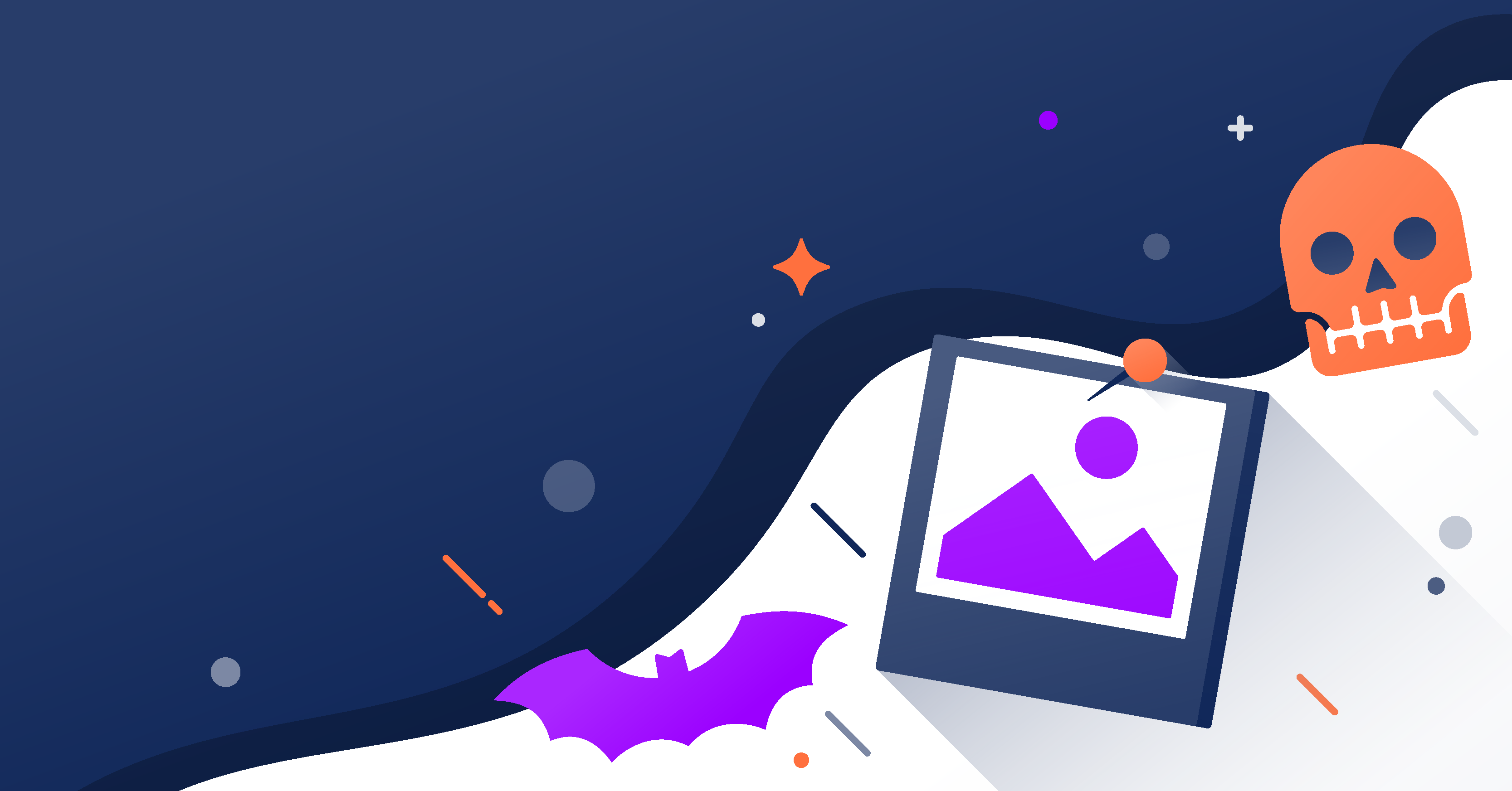 4 Pinterest Halloween Marketing Ideas That Were a Screaming Success

Pairing your brand’s awesome images with the bone-jangling buzz of All Hallows’ Eve is a highly effective way to get a positive emotional response from customers old and new.

Not only is Halloween a $9bn industry in its own right, but it marks the start of the run-up to Thanksgiving and Christmas. Grab your audience’s attention now, and it’s sure to be a warm winter.

Pinterest is where all sorts of people go to find and share images of the products and activities that make their lives colorful. A strong Halloween image or sentiment can get a user craving your product from the deepest, darkest corners of their soul. Getting it right, however, requires nuance and strategy.

It doesn’t take much work to create a themed board that puts an original spin on your branded Halloween imagery. Adding a Pinterest contest to the mix will draw attention and engagement to your pictures and engage your audience more purposefully.

And while a whopping 11.4% of Americans use Pinterest to research their Halloween costume ideas, your campaign needn’t be bound to Pinterest alone. With Pinterest Tabs for Facebook pages, you can boost a contest or campaign by cross-posting your content simultaneously on the world’s most popular social network.

Let’s take a look at some true-life Pinterest campaign examples, and how you might replicate their success this fall.

Cookie giants Nabisco caused a stir with their #SpookySnackLab Pinterest board of ‘devilishly delicious’ recipes for Halloween desserts made from Oreos and other Nabisco ingredients. Naturally, they were designed to look terrifying (in a cute sort of way)! This is a pretty solid Pinterest campaign before it goes any further.

But next, they added a competition requiring users to establish their own #SpookySnackLabContest board and populate it with haunted recipes from across the web. This is known as a Pin-to-Win contest. In this case, prizes came in the form of snacks and gift cards.

Nabisco then reached out to kitchen bloggers to write about their contest (in the context of a recipe post), thus getting their campaign in front of a well-engaged audience of moms, pops, and teachers.

Parisian personal care and beauty store Sephora has cultivated a typically French sense of style and sophistication during its half-century existence. A nod of approval from Sephora is in itself a validation for women and men who pride themselves on their appearance.

So while their #Halloween #SephoraSelfie campaign is not exactly a contest in itself, the chance of being “featured as inspiration” on their Halloween board means a lot to their loyal fans and customers. The opportunity comes as a reward for sharing a spooky selfie with the appropriate hashtags. The canny move here is that while everyone is free to share Sephora’s good name when they participate, the beauty company can carefully curate the free publicity images they gain so that their own Pinterest profile continues to exude class.

This is an effective approach if you believe that your product will shine in your fan’s photos when they give it a Halloween spin. Sephora’s Halloween board now has over 420,000 followers, and the Sephora Pinterest profile gets over 10 million monthly views. 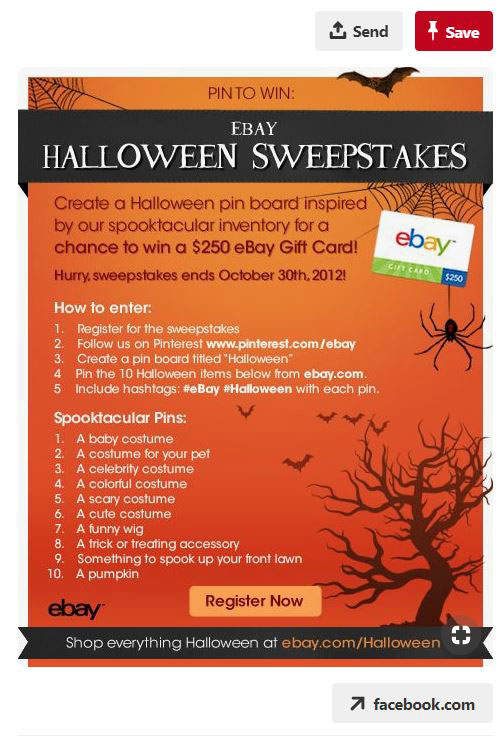 In the end, eBay is an online store like any other – they make money when they make sales. But much of the stuff that eBay sells on users’ behalf is unique, so that eBay’s marketing usually has to be quite general.

The auctions website’s brainwave, then, was to mobilize users to share unique items on a massive scale, by offering an incentive for pinning individual products to Pinterest.

Competitors were asked to follow eBay on Pinterest, and then create their own board named ‘Halloween.’ The next challenge was to fill that board with items “inspired by our spooktacular inventory,” with a list of ten product categories the board had to fulfill, such as ‘A baby costume,’ ‘A funny wig,’ and ‘A pumpkin.’

Entrants were requested to tag each photo #eBay #Halloween, which created a playful catalog of live eBay items on the pinning site. It functioned particularly well since users can pin items directly from eBay’s main site, and they were compelled to browse in order to do so. The winners, decided by sweepstake, could claim a $250 gift card.

This idea works well for businesses who stock goods that are inherently ‘spooky’ – whether they’re horror specialists or just have a seasonal range – which don’t require any additional manipulation by the competitor. And look at how eBay paired the browsing of its goods with the promise of eBay credit to spend there. Evil genius!

Idea #4. The House That Lars Built

She ran a Halloween Costume contest on her blog, sharing the winning photos there, but craftily made the competition more appealing by promising to publish every submission on her Pinterest Costume Parties board – which has nearly 85,000 followers.

This way, Jepsen was able to create more traffic between her Pinterest profile (which has a huge following and the potential to grab the attention of casual surfers) with her blog (where her original content and affiliate links belong). She was also able to entice entrants to the blog’s ‘How To’ articles and the products to which they link.

The takeaway? Whether you decide to hold a photo contest on your blog or elsewhere, tying it into your Pinterest platform can give you more reach and offer a different kind of value to your fans.

How to Create a Halloween Contest or Giveaway on Pinterest

An imaginative approach to creating Halloween-themed boards on Pinterest can give your brand more marketing firepower. Backing it up with a contest will take your Halloween marketing strategy to the next level.

Folks love to pin on Pinterest – it’s a much more sharing-intensive platform than Facebook, Instagram, or even Twitter. Make your content visually appealing and encourage users to share it, and your imagery will quickly spread across the site. Your content doesn’t need to feature your product, but it should be closely aligned with your brand. This applies whether you’re asking entrants to share your content or to pin their own, as Oreo did. Pick a prize that is fun and seasonal.

Choose a couple of hashtags: one that is unique to your business and one that is more general to Halloween. This enables you to get the contest in front of casual browsers while tying it into your brand and makes choosing a winner straightforward. And remember to publicize the results, since good news is always great publicity!

Setting up a Pin-To-Win contest on Pinterest is even easier than our above examples with Woobox. You just select the type of contest you’d like to run, choose a few key options, and customize with your visual materials.

It’s up to you how much data you’d like to collect from entrants.

Ready to start? Remember what these spooky success stories demonstrate:

Time to get pinning! 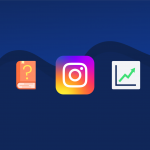 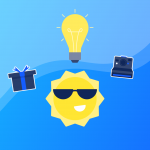