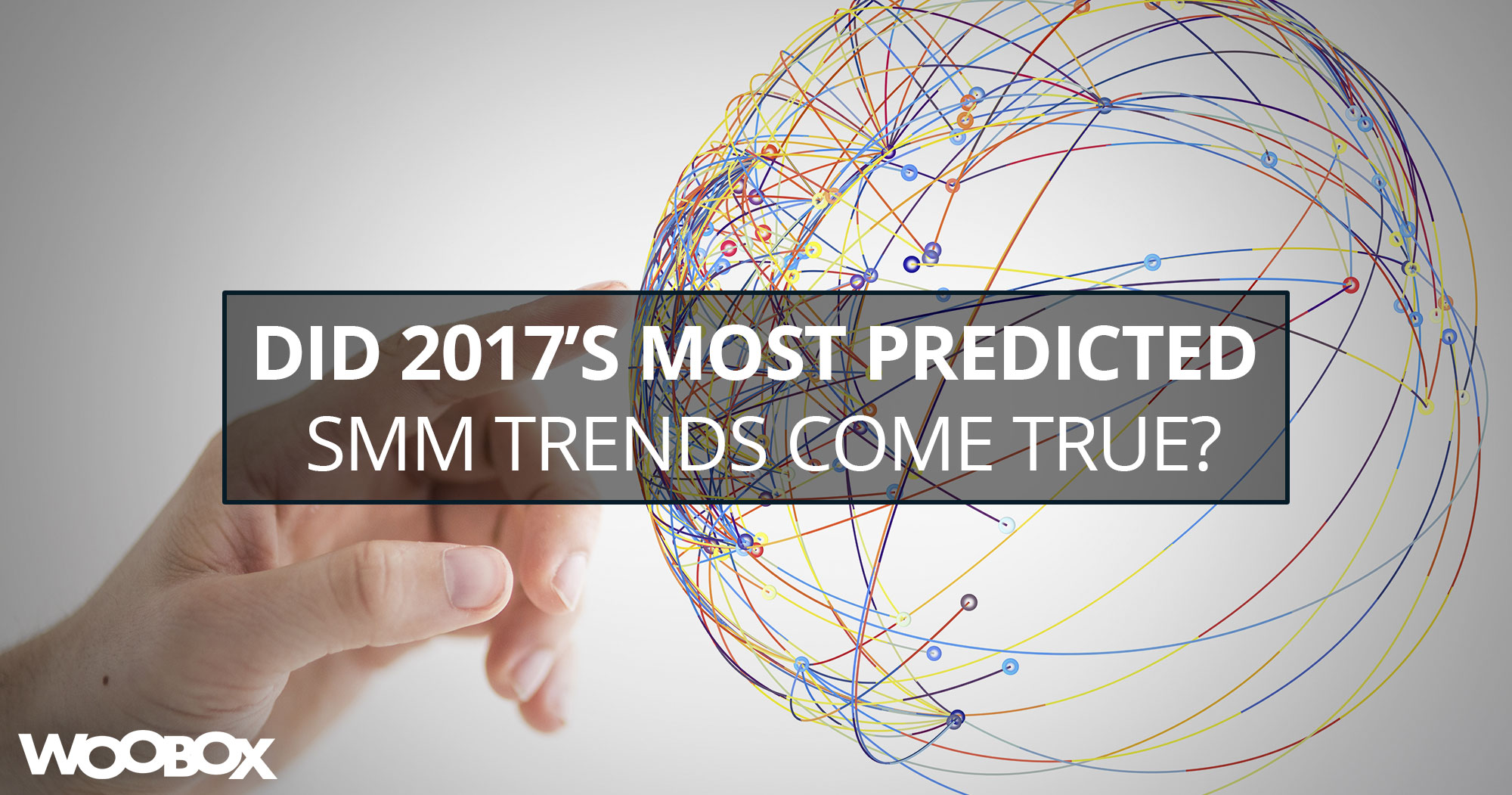 Every year, experts and publishers have roundups of their opinions for what’s next in social media. Some of these come true, like live video, while others flop in a way no one expected (like Vine’s demise). As we near the end of 2017, we’re reviewing the most predicted trends over the past 10 months from industry experts and whether or not they “came true.”

In addition to how social media is continuing to grow today, 2018 will likely bring even more developments in social media, which is a platform that never stops improving.

Contently reported that video would continue to flourish in 2017. That looks to be true, as Social Media Today reports that 10 billion videos are watched on Snapchat alone daily. Pair that with Facebook’s new video channel initiative and YouTube’s continuing dominance, it looks like this prediction came true. Live streaming and regular video will continue to dominate social media.

Social Messaging Bots Will Blow Up

The increased prevalence of artificial intelligence (AI) through chatbots on messaging apps was predicted by several outlets, including Forbes. Brands are using it to answer customer support questions and even take orders. Customers like the format because it feels like they are talking to a real person. The Next Web reports that chatbots are quickly catching on and a report from The Economist reports that 75% of CEOs say AI will be implemented in the next three years.

Virtual Reality Will Continue to Grow

Hubspot and a few other outlets reported that virtual reality (VR) would grow exponentially in 2017. Unfortunately, this just does not seem to be the case. There are more and more developments in VR and projects continue to get funded, but the market penetration hasn’t come through. JustVRShop reports that 74 percent of those polled hadn’t tried VR. It looks like the market just isn’t there yet, but it may be eventually.

Dreamgrow stated that users are becoming more dependent on their smartphones to access the Internet through 2017, and they seem to be right. This is especially the case for getting news.

Ads Will Get More and More Personal

Retargeting with paid search ads is nothing new, but personalizing ads is now coming to social media (especially Facebook), as predicted by Adweek. The Facebook ad platform is becoming more robust and offers Retargeting based on user interest and who has visited your website in the past.

Snapchat is has made augmented reality a part of everyone’s daily lives, even though they weren’t the first to use it (Yelp was rolling it out on iPhone in 2009). Sprout Social reported that AR would continue to grow in 2017 through photo and video lenses. TechCrunch reports that Snapchat user numbers have slowed a bit in 2017, but just like virtual reality, more AR in our social media will continue, it just might take longer to come to fruition.

With all these 2017 predictions, what’s next for 2018? In addition to mentioning that some of the same trends for 2017 will continue to develop for 2018, a few new strategies will likely flourish in the next year. For instance, Digital Marketing Institute suggests a shift to marketing to “Generation Z” which is teens and young adults 16-24. With its native use of technology, this generation has quickly become some of the top decision-makers that shape where social media is going next.

With its native use of technology, this generation has quickly become some of the top decision-makers that shape where social media is going next.

In the opposite age spectrum, social media giant Facebook has slowly been working toward appealing to the B2B and professional market to compete with LinkedIn, according to Social Media Today. They rolled out Workplace to help employers create online work communities on the Facebook platform.

As 2017 comes to a close, reflect on how you’ve developed your social media strategy this year and what you can do differently next year to make things even better. Now’s the perfect time to set up a free Woobox account and try some relevant promotional strategies. If you have further questions, email us at Woobox Support!