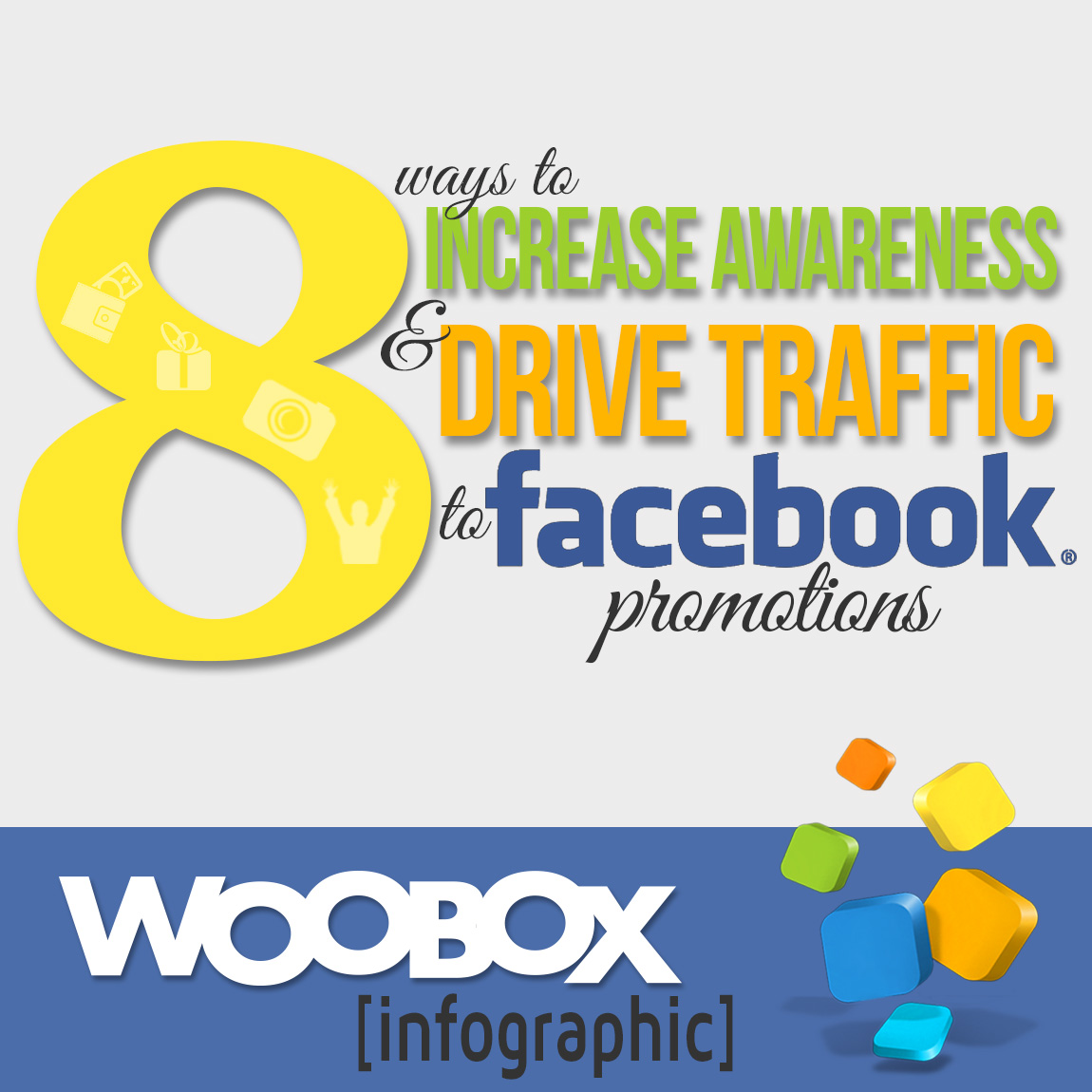 8 Ways To Drive Traffic To Your Promotion [INFOGRAPHIC]

There’s no denying the effectiveness of Facebook promotions to engage Facebook fans and acquire new ones. But the cold hard truth is that most people won’t notice your promotion tab on their own. Tab engagement levels have dropped by over 50% since Facebook switched to the Timeline format – they are simply not as visible as they once were, and fans aren’t likely to go digging for them on their own. In order for them to be noticed, it is imperative that page admins broadcast their promotions to current and potential fans. Yep, you have to promote your promotions.

Also, it is important to keep in mind that Facebook tabs aren’t visible on mobile devices. With 751 million mobile users on Facebook, that’s a large part of the population that probably won’t see your promotion. More than 1 in 6 people use ONLY a mobile device to access Facebook!

So what’s an admin to do? Well, there are several simple – and most of them free – methods to get the word out about your promotion, and we’ve outlined a few basic ones for you here below: